Business finance, sales order management, inventory management, payment management are all good reasons to use Sage 300. Our client knew the benefits, so they were already using Sage 300 as their business management software. However, their marketing team was using HubSpot for lead generation. So, the need of integration was definitely there for smooth data transfer from Sage 300 to HubSpot for the marketing team to use it.

Previously, the marketing team manually transferred the data from Sage 300 to HubSpot, and the process was time-consuming.

So, whenever there was a new entry in Sage 300, that data would be entered in middleware which was synced to HubSpot using HubSpot API keys and .NET applications. Now any new entry, update in the data, or deletion in the data in Sage can be known through middleware as well.

Issues in Sage 300 and HubSpot Integration

There were no major issues or setbacks in the project; however, two areas that Computan integration developers faced difficulties that are worth mentioning in the blog are:

Wrong Field Names at the Backend

All the data fields in Sage are interrelated to each other and must be present the same way in HubSpot as well.

If a purchase order is placed, then a contact and company data is also associated with that purchase order. Similar is the case of sales orders. And contacts are associated with the company. One sale order contained multiple lines of orders, such as orders of 5 mobile phones, three tablets, and two laptops jointly made one sales order. Whether they were invoiced or not also had to be updated. Each product’s price was also listed in the sales order.

A complex string of data is saved in the Sage database and has to be sent to HubSpot manner with exact relations to each other.

The objects were interrelated in Sage, and the same object relation must be present in HubSpot as well once they get transferred to HubSpot.

Type of Sage 300 and HubSpot Integration

Computan developers informed the client about the one-way integration limitation. The client agreed with it, and it was mutually decided that in the future, when the client’s platform shifts to Sage’s web application, then the two-way integration will take place.

If it were a two-way integration, we would have shared HubSpot quotes data with Sage. HubSpot has pre-built templates that make the quote-generating process for different business models quite easy. And in the quotation, you have to mention the company name, product name, product price, sales order, contact name, making everything interrelated. Clients can send all this data to Sage web applications using web APIs.

We were also managing quotes. Customers used to send quotations to the client; the sales order is created once the quotation is accepted by the client.

This integration requires around 200 hours

Computan Team Members who worked on HubSpot and Sage 300 Integration 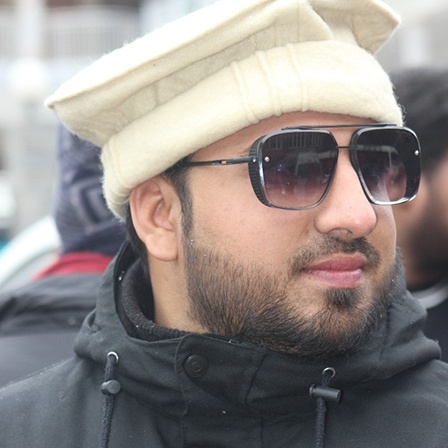 Are All Indian Developers Bad? Let's Break the Stereotype