What Do Developers Have to do with RevOps

Computan recently attended INBOUND 21, which went well compared to the last year. We were also the sponsoring partner. RevOps is the new buzzword or the jargon at this stage in the sales and marketing ecosystem that we repeatedly heard at INBOUND 21. Most of the people were unaware of the term itself let alone the whole process of setting up your RevOps team because it is a relatively new practice. The ones who were explaining it at the event introduced more jargon in the explanation. So, we decided to write an explanatory piece on it.

Sajeel, Our VP of operations told me to follow the KISS approach, you know KISS right? – Keep It Simple Silly, since we are touching on a novel topic that needs a simpler explanation and less jargon.

RevOps is short for Revenue Operations. In the simplest terms, RevOps are the operations aimed at improving the revenue potential of an organization by aligning sales, marketing, and customer services. Now, that does not mean that these three departments have to do different tasks than they usually do. Each department has its own function and measured goals. RevOps make sure that these departments do what they do best and they measure the entire ecosystem that is responsible for revenue growth.

RevOps are functional at every stage of the customer experience cycle. They introduce automation, remove redundancies in the operations, and make the process efficient. Finally, they measure the success of the strategies and all the efforts by tracking the metrics and revenue generated during a specific period.

Revenue, in general, is the gross income your company has produced. Multiply total products or services sold by the average price of a single product/service package. The more you sell the more revenue you generate. RevOps work to increase the revenue number and the profit. They do this by strategizing the complete customer experience process and providing the tools to the team members. They also increase the profit by reducing the customer acquisition cost, automating the tasks that drain the team’s time.

Are RevOps Teams Technical or Non-Technical?

There’s no concrete answer to that because RevOps can be both or just one. If your team is already using a technology stack, then the RevOps people might not introduce new technology solutions. In that case, they will only play the non-technical part of the job i.e. work on improving the process in place or introduce a new one. If the need arises for them to play the technical part, they will improve the usability of the tools within the teams for their full efficiency and reduce the tech debt.

What is Tech Debt?

In web development, tech debt has a different definition, but in the field of RevOps, Tech Debt is the expenditure cost to the company due to the inefficiencies of the tools in the tech stack they are using.

Imagine the solutions you invested in to save time and generate ROI are sucking up the valuable time of your team and costing your more – you will be in tech debt soon.

The expenditure might be in the terms of money invested in the tech stack which is not being utilized to its full potential or it could be the delay caused in the process by the tools because the team is still not proficient in that tool.

The mismanaged process can also cause tech debt. If your sales, marketing, and customer service processes are not managed well then the minor cracks in the process will accumulate with time leaving your investment more than the return.

For example, if you are using HubSpot CRM for email marketing, you shouldn’t opt for any third-party email marketing tool such as MailChimp. If you love Mailchimp and also use HubSpot, then integrate that with HubSpot and shoot emails from Mailchimp. Companies make the mistake to use two similar tools for similar tasks and overlap the process that causing precious time for the team members.

RevOps reduce this tech debt by implementing the right tools and fine-tuning the process. When friction is removed from the process and the whole customer experience system runs smoothly you are likely to save money in the in-house process and money saved here is added to the profits that directly affect your revenue.

Do Developers Work on a RevOps Team?

RevOps usually work with Sales, Marketing, and customer service teams. Developers only come into action in case there is some functionality is requested by the sales or marketing team on the website. Database developers, software developers, and web application developers do have their role to play in RevOps team.

For example; if any tool in the existing technology stack does not fulfill the requirement then the RevOps might ask the integration experts to integrate the other tool as per their requirements. Or, they might also build a tool from scratch meeting their exact demand. Similar actions can be performed on the website for any functionality.

So, yes, developers do work on a RevOps Team. They have a significant role to play.

Who else works on a RevOps Team?

As this is a fairly new practice, we see new roles and positions rise in RevOps space. Some of them are mentioned below.

There are many more roles, of course, I just listed that are a few, but these do highlight the spectrum of talent that is required in a RevOps team.

I hope I am able to clear your doubts about RevOps with this blog. 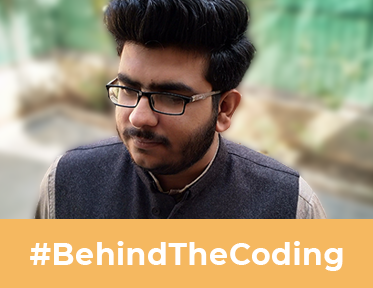