RunCloud vs. Cloudways: quite similar with a few categorical differences

As both belong to the same family, there are more similarities than differences. Both do not have their own cloud infrastructure but assist you in managing other cloud services. Look at the logos. You can’t tell which one is which if it wasn’t for the names written.

The noticeable differences between RunCloud and Cludways are mentioned below.

SaaS is an acronym used for Software as a Service. The application redistributes the software service according to the licensing fees. There is no initial set-up required. The owners or the developers have already created several server spaces. Customers have to pay and start using them. As the developers already create the servers, there is less control in comparison to the PaaS. That’s why small businesses are having little knowledge of development and technology use SaaS.

RunCloud basically offers you a control panel to easily manage and configure your server. RunCloud is a leading example of Software as a Service platform (SaaS). Customers interested in hosting the websites have respective Graphical User Interface to interact with a VPS server. The application allows easy management with any server, and customers are not bounded to use any service. It offers features like deploying an application, installing SSL servers, and control using GIT commands which are not easy for beginners. Developers need a good knowledge of server commands to make their way around RunCloud. Below are some excellent features offered by RunCloud:

RunCloud operation requires basic knowledge of the working of technology and commands. Although RunCloud is an example of SaaS, still, it is difficult for the new developers to understand the working. Again, Runcloud is not a managed service itself. It is a tool to manage your server in an easier way. You have to do everything else yourself.

So, if you can manage website security, performance, and backups yourself, you can start using RunCloud.

RunCloud has a basic plan that starts at $6.67 for a month and goes up to $37.5 a month. There are limited features in the basic plan, and there is only one server.

Are there any hidden charges?

No, there are no hidden charges, but customers have to pay separately for the virtual private servers. The plans discussed above are only for using the RunCloud interface.

PaaS is an acronym used for the Platform as a Service. The kit available in PaaS has both the Software and hardware required for hosting web applications. It is just another type of cloud computing model with modern functionalities. Developers don’t have to set-up architecture. Instead, they can pay rent for the servers. By signing up to the platforms available, they can host web applications. In comparison to the SaaS model, PaaS is robust and has more functionality. Thus, users get more security and better timely updates. Cloudways is an example of a leading provider having all the PaaS-related services.

Cloudways takes care of all server-end tasks for you. Cloudways offers managed cloud hosting services with your preferred cloud infrastructure and a one-click install feature for the CMS of your choice. Some services offered by Cloudways in the initial structuring are back-ups, SSL, staging, application monitoring, cloning for copying data, etc.

Cloudways manages all the servers such as AWS (Amazon Web Services), GCP (Google Cloud Platform), among others, and beginners can easily make their way around Cloudways.

Cloudways offers more security to the hosted websites in comparison to RunCloud. This additional security is because of the powerful stack operations offering multiple PHP, NGNIX/NGNIX+Apache servers. Additionally, the company has integrated firewalls into the system to protect it from vulnerabilities.

Why Cloudways is Preferred?

While hosting websites with Cloudways, there’s no such requirement of technical expertise. For example, to launch any application, the developer has to tap a few buttons, and it’s done because it has pre-installed add-ons that help in the process. However, to change it, the developer can change the configuration settings and start hosting the website. The domain mapping is also easy. So in case, the domain is purchased through any other website, it is easily mapped.

Because of easy GUI and usage, Cloudways is preferred by many small businesses and agencies. As they don’t have enough funds to keep a technical team, the only couple of developers can manage the hosting. In comparison to this for using RunCloud, small businesses have to pay more for hiring experienced developers.

How much Cloudways costs?

Cloudways has a three days free trial policy. Developers can host web applications for three days and can check the factors like loading speed and security. After three days, Cloudways charges as pay per use model. This way, customers have to pay only for the services used, not for the services included in the package. Pricing is also pocket-friendly. The plans start from $10 a month. The best part about the plan is that customers are getting the same features in all the plans they use. The difference in plans is based on RAM, processor, storage, and bandwidth.

Additionally, Cloudways offers 24x7 live chat, ticketing, and base knowledge chat support. Within a few minutes, most of the problems are easily solved. Also, services like elastic emails, CDN, application monitoring, and migration are offered.

What are the basic points of comparison between RunCloud and Cloudways? 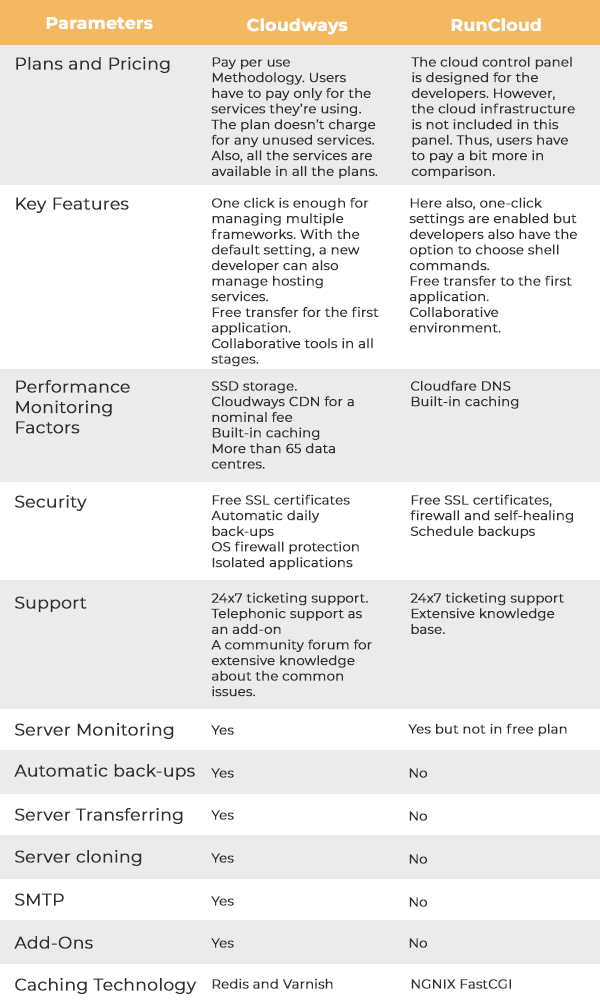 Conclusion: RunCloud and Cloudways are two platforms that use different technologies. RunCloud demands a little bit of technical expertise while Cloudways is easy to operate even for inexperienced developers. Cloudways offers pay per use plan, which is more suitable for businesses. While using RunCloud interface, developers have to pay more for the cloud interface. The basic plan covers only RunCloud interface only.

Shopify vs Snipcart comparison blog is awaiting your readership. 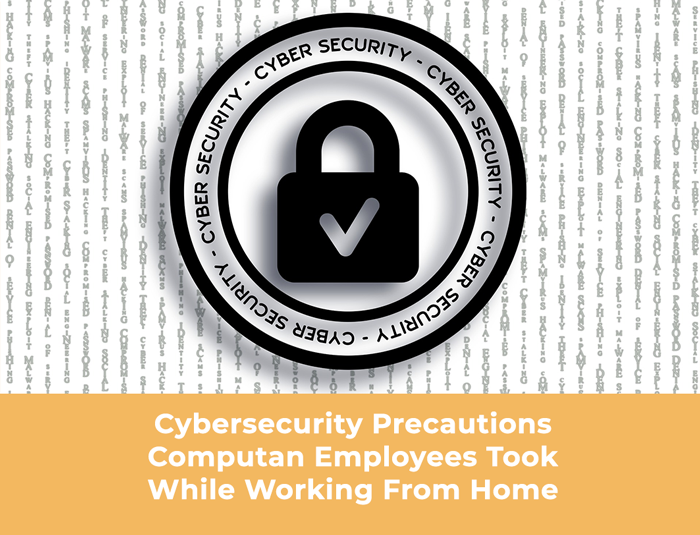